Richard writes: “I am constantly amazed at how easily the body will heal itself, if given a chance.  I trained initially in acupuncture from Jack Worsley in Leamington Spa in the 1980’s.  But well before that I had an interest in traditional 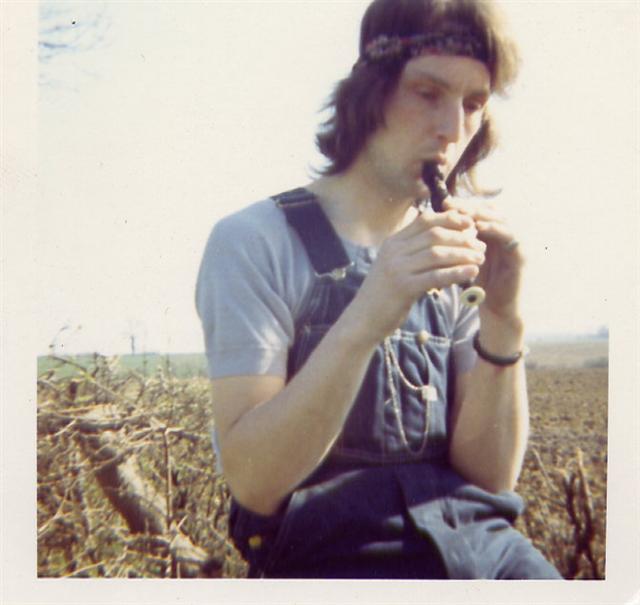 Chinese medicine and natural forms….right back to my philosophy degree (University of York 1971).  I also was fascinated by cloud forms, musical sounds, water,  pendulums, keys, tops and strings, hoses and puddles, pipes and tubes, waves and clouds, leaves, smoke, fire, whistles, rope and string, brooms and brushes, keys…it goes on. This must go back to my early childhood.

I was working in primary education in the seventies, reading Chinese philosophy, and trained in the London Gestalt Institute during 1973-4. There I came across such legends as Larry (Ischa) Bloomberg, playing in a band and practicing Tai-chi in my spare time.  This all came to a head when I met Gia-fu Feng a Chinese/American translator and part-time Taoist sage in 1974. Gia-fu had also trained with the founder of Gestalt Therapy, Fritz Perls. I think my Swiss ancestry somehow resonated with these distant Germanic roots, refracted through a Chinese lens. 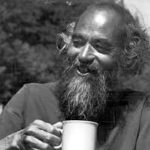 I subsequently studied with Gia-fu at Stillpoint Foundation in Colorado, USA, returning three times in as many years.  Then I began my I Ching studies in earnest.  Returning to the UK I began teaching Tai-chi and meditation. Eventually I settled in Somerset after gaining my acupuncture qualification, and worked with Jane Robinson and Lesley Jenkins at the first acupuncture clinic in Somerset.
I have also taught at Yeovil College, Dartington College of Arts (sadly no more) and lectured at Bristol University (adult education) on Taoism and Chinese Philosophy.  I also led the MA module on Classical Chinese Medical Texts at the College of Traditional Acupuncture, Hatton, Warwickshire. Previously I worked ten years in Musgrove Park Hospital Taunton, in an NHS Pain Clinic promoting Traditional Acupuncture.  I am a member of the British Acupuncture Council and also of SWARG our local research group. We conduct research into the ‘constellation’ of acupuncture consultations.  See our latest published paper here ( a rather wordy title I’m afraid!): Lifestyle and Self-Care Advice Within Traditional Acupuncture Consultations: A Qualitative Observational Study Nested in a Co-Operative Inquiry in The Journal of Alternative and Complementary Medicine  (June 2011.)

And forty years later, we are still together.  The clinic has moved twice and metamorphosed into Nine Springs Natural Health Centre, which houses nearly thirty therapists.

After meeting Giafu I had began to read Chinese and when he died, I turned myself into a Chinese scholar and translator. Also, I attended Chengdu College of Traditional Medicine in Sichuan, China,  and visited Mont Emei, among other famous Taoist sites (Zhang Boduan’s ‘Green-City’ Mountain).

Those experiences shaped my life.  Returning to England in 1987 it had seemed I had 30 years work to undertake.  Translation has always been my love.  My published work includes: The Golden Needle, (Churchill Livingstone 1991) and The Secret of Everlasting Life, (Singing Dragon 2011), early alchemical and medical texts.

I also began self-publishing (see free downloads here), mainly self-help booklets for patients in the clinic, see “ Taoist Yoga for Home Use,The Eighteen Therapies , The Old Man’s Breathing (also known as Babe’s Breathing) and latterly Yijing:Shamanic Oracle of China (The I Ching), along with my own commentary based upon the Kangxi imperial edition, published by Singing Dragon (Jessica Kingsley). Also River Hawk! River Hawk!  a fresh translation of the Confucian Da Xue and Chong Yong, some early Shamanic and Taoist  teachings from China.  The I Ching or Book of Changes was the fulfillment of a dept to Gia-fu Feng as he and I worked on this project for ten years until his death in 1985.  Then I continued this study for many years more!  To purchase my translation of the Daode Jing, or for anything else, please contact me.  More work now appearing on Amazon, self-published,  under the title A Taoist Read.  For now, follow this link.

I have a strong commitment to integrated medicine and opening up communication with all medical professionals. At present I work at Nine Springs Clinic of Natural Medicine, sometimes teaching classes in movement and meditation, self-led, allowing everyone to unfold and progress at their own rate. I also am a bee-keeper and avid musician, enjoying walking, camping and, when not at work, relaxing at home and in the garden.”