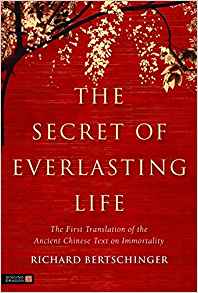 The Secret of Everlasting Life 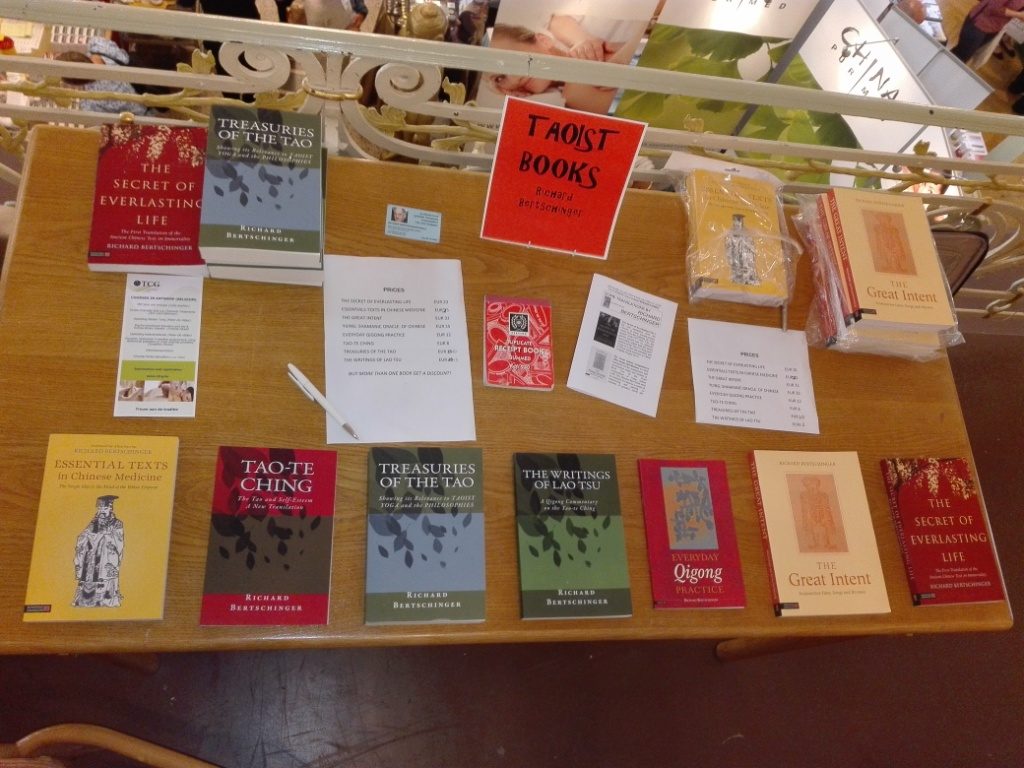 The Secret of Everlasting Life is the first translation of this second-century text on alchemy, the Can Tong Qi. This ancient work, the earliest on alchemy in the world,  echoes the wisdom and poetry of both the Tao Te Ching and I Ching. The Can Tong Qi is actually the ancestral text of all Qi Gong exercises in China. Click here to buy.  Or scroll down to see more goodies.

This was also the first ancient text I worked on, during the early 1980’s, on Ham Hill, Somerset.

This translation reveals for the first time the meditation practiced for thousands of years by Taoist sages. Presented here with its original Chinese commentaries, the Can Tong Qi is full of practical information and advice about the process of human transformation and how to nurture and develop the natural life-energy within us. My additional commentary explains the intricacies of Chinese allegory and symbolism for the Western reader. 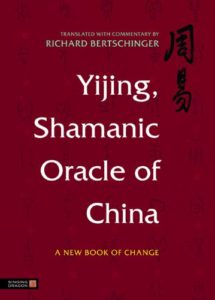 Here is the Yijing: Shamanic Oracle of Change. For the Chinese, the destiny of each individual and the cosmos have always been inextricably linked, and for two thousand years the Yijing, or the Book of Change, has exercised the best minds in the Orient. Richard Bertschinger has worked from the classical commentaries to make a fresh and up-to-date translation for the modern world.  Marriage, business ventures, journeys, military ventures, disputes, world affairs, personal problems, health or money issues, all are grist for the mill of the Book of Change. Through pondering the lines, studying their poetry, and devoting ourselves to its meaning, the heart of the ancients is clear. We pick up perhaps in a way we never could have conceived of, how to guide and direct our lives. 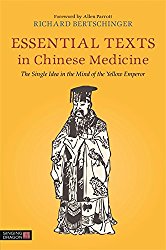 In this new selection of core texts, Richard Bertschinger presents a translation of the key writings for students and practitioners of Chinese medicine iof the ancient, definitive set of books on Chinese medicine, the Huangdi Neijing or ‘the Yellow Emperor’s Medical Classic’. He selects the core of the long and often impenetrable Huangdi Neijing, vital for students to know and understand today.. Taking eminent Ming doctor and scholar Li Zhongzi’s selection of texts as basis, he includes additional texts on topics such as the spirit in treatment, resonance with nature, the art of needling, and Five Elemental body and personality types; adding also the comments made by other Chinese commentators, for the first time in translation.
Click here to buy £19.99 (paperback).

The Writings of Lao Tzu 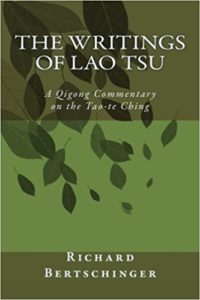 Over two-thousand years ago in China, a small text appeared. The Tao-te Ching, or Writings of Lao Tsu. This became a seminal scripture for the Taoists. The author, Lao Tsu believed political or societal change to be less effective than inner radiance of spirit… ‘cultivate virtue in yourself and it will be real, in the family and it will abound, in the neighbourhood and it will endure, in the world and it will be everywhere’. The book contains instruction in qigong, the blending of mind and body, with the breath. Taoists believed we should live in harmony with nature, letting each thing develop in its own way, embracing wu-wei, stillness, and Heaven’s Way. Each verse is followed by a Note To Qigong Practitioners explaining its subtle mode of thought, a ‘turning in’ and gentle approach, distinctly Chinese. Richard’s translation is entirely based upon the ancient commentators and instruction by his teacher Gia-fu Feng.
Click here to buy £12.99 (paperback).

Written Upon Awakening to the Truth 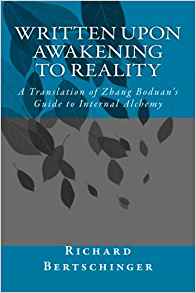 The main idea behind these poems by Zhang Boduan (11th Cent.), doyen of the Southern School of Taoist internal alchemy, is self-realisation. He wants to awaken us to our self-nature, ‘life’s precious jewel’. To this end, he uses the trigrams of the Yijing (I Ching), the imagery of dragon and tiger, lead and mercury, etc. Then Written Upon Awakening to Reality. It is something uncomplicated, near at hand, who we really are, to be grasped…as it were, in a Zen Buddhist ‘satori’! Zhang was also a devout Buddhist, who advocated the enrollment of women on ‘the Way’. An enlightened fellow! The passing seasons, the solstices, the behaviour of animals, the waning and waxing moon, stars, and planets, this is Stone-age science preserved as Taoist wisdom. Richard has worked from the original Chinese commentaries, a portion of which are included.
Click here to buy £7.99 (paperback).

Tao-Te Ching: The Tao and Self-Esteem 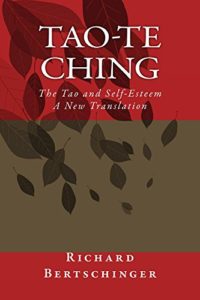 The Tao-te Ching, written in China about 200 BCE, in some eighty-one chapters, is a blend of folk-beliefs, homely wisdom and religious beliefs. It is divided into two halves – the first concerned with the Tao, Way or Path, the second describing Te, inner virtue, power or self-esteem. Tradition states that Lao Tzu it in a single night, as he passed through the mountains to the West, disgusted at the violence and extravagances of theworld. It advocates quietism, inner radiance of spirit, intimacy with nature, along with a reverence for the feminine principle. Less orthodox than Buddhism, more tolerant than Confucianism, its ideas of inter-connectivity, peaceful co-existence and self-responsibility are surprisingly the hallmark of modern physics . At barely 5000 words, its influence has been quite disproportionate to its length. Richard has worked from the original Chinese commentaries to construct a new translation.
Click here to buy £6.39 (paperback) 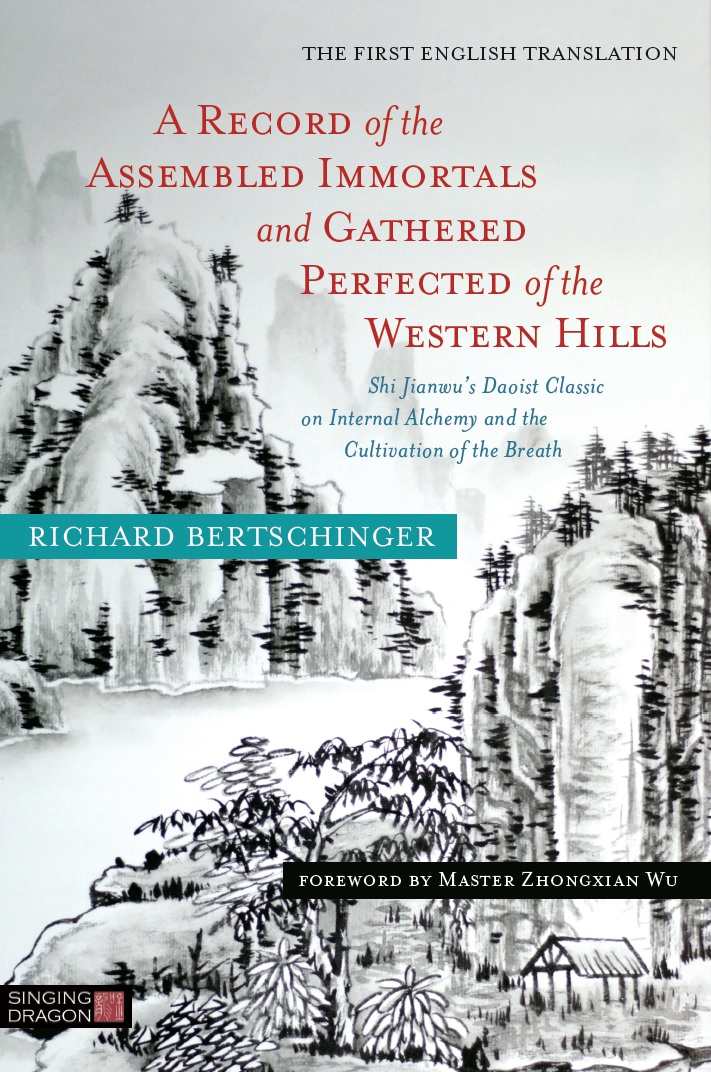 A History of my Publishing

I’ve always liked scribbling. Publishing began in Tao Booklets, in 2004 to present a true and faithful rendering of the Chinese medical and philosophical tradition. It was a home-industry producing ebooks and booklets at affordable prices. Publications included the Daode Jing (Tao-te Ching) or ‘Way and its Power’, the definitive Taoist classic; River Hawk! River Hawk! from the Confucian Doctrine of the Mean; a first translation of Health without Medicines (forthcoming 2017) written by the renown doctor Li Zhongzi in 1642, and a full Book of Images and commentary on the Book of Changes (or Yijing). I also produce self-help texts and pamphlets for rehabilitation, exercise and meditation. Some of this has been picked up and now published by Singing Dragon (an imprint of Jessica Kingsley Publishing of London). Other works are on Amazon, through Createspace.

Other downloads of some of my Ebooks and pamphlets are also available, especially Treasuries of the Tao and The Writings of Lao Tzu. Also I can post out to you if you wish. See some covers below. Contact me here.

The Single Idea in the Mind of the Yellow Emperor

The Writings of Lao Tzu

Treasuries of the Tao