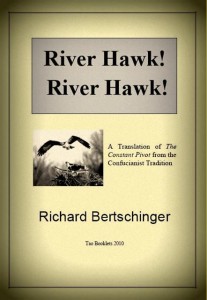 My translation of The Constant Pivot from the Confucian Tradition.

This is the larger part of the Zhongyong, THE ‘CONSTANT PIVOT’, a core scripture of the Confucian school, less well-known that the Confucian Analects. These books along with The Greater Learning and the Mencius (Mengzi) comprised the quadrivium studied by any aspiring Chinese youth. The oldest material  (now embedded in the heterogenous Book of Rites), probably predated Confucius’ birth in 551 B.C.E. After seventy generations these works are now again finding favour. THE CONSTANT PIVOT supplies any person, aspiring to govern, with a moral rule against whic 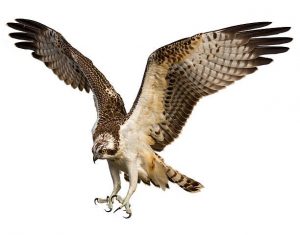 h he can measure his or her ‘integrity’.  It supplied the working Confucian with a metaphysic (strange to say).  It speaks of the ‘realms beyond’, or  numinous, epitomised by the wildness of the osprey or river-hawk.

Confucian spirituality is inseparable from reverence – deference to a greater power. Its primary motive is 仁 ren, ‘human-heartedness’ or ‘love’, a very animal instinct. In this sense; Chinese thought also embraced the Taoist idea of ‘primal’ 元 yuan qi: untamed, unborn, unnamed and unarmed. This was the first classical text I worked on thirty years ago.  50pp.

Price £6.90, see below.  I hope to bring out an Amazon self-publish soon, the Zhongyong and Daxue together

Confucius said: The Way does not stray far from people.

If someone attempts a path far from the ways of mankind, it cannot be said to be a true path.

In the Book of Odes, it is said:

The pattern is not far off.

We must grasp the handle of one axe to hew another. We look from one to the other, but still regard them as apart. In such a manner the true-hearted individual uses the idea of ‘man’ to govern ‘man’, and once he has reformed him, he halts.

Trustworthiness and reciprocity do not lie far from the Way. What you do not wish bestowed upon yourself, do not bestow upon others.